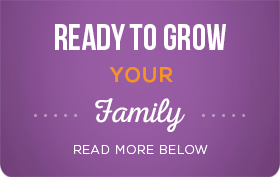 What to Watch For

Periods should be regular, monthly, and predictable with symptoms like cramps and/or breast tenderness. However, if periods were irregular before the pregnancy and miscarriage they will probably remain irregular after the miscarriage.

Women with irregular periods, and women whose periods do not return predictably within 8 weeks of a miscarriage, should be seen by their healthcare provider.

When to Start Trying

How to Handle the Emotions

Most women/couples are more nervous in the pregnancy immediately following a miscarriage, especially in the first three months. Emotions can be on edge, especially around the same week of the previous miscarriage. There are ways to address the nerves without too many blood tests, or inconclusive ultrasound tests. Timing is everything and it starts with a positive pregnancy test.

Proving there has not been a miscarriage is achieved at 12 weeks. So, assuming the period is correct, here is what things can look like:

Patients may elect to do all, or just part of this pregnancy after miscarriage testing.

If the last period is certain, we can limit things to the home urine test and the 12 week doppler visit or we can add the 7-8 week ultrasound for an earlier confirmation of pregnancy wellbeing.

If the last period is uncertain, then at least the initial, and maybe the second blood tests will precede the 7-8 week ultrasound.

This discussion assumes you have had no bleeding and no extra pain, either of which can alter the schedule of tests.