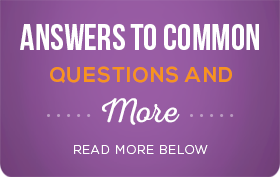 Down Syndrome and Birth Defects

Testing for Down Syndrome and Birth Defects

Down syndrome is a condition marked by low IQ, peculiar facial features, and sometimes birth defects of the heart, spine and stomach. It is a genetic syndrome, but  NOT INHERITED. Family history does Not matter. Down syndrome is the result of having an extra chromosome, also known as Trisomy 21. Tri is for three, 21 is for the 21st chromosome. Its cause is random, and related to the age of the mom.

There are tests designed to detect and diagnose Down syndrome. Each test is scheduled at a particular week of pregnancy, and all are done early, typically between 8 and 16 weeks. This testing is optional. We can do full prenatal care without the Down syndrome testing. Prenatal care, labor, delivery, and all pre-baby stuff is “the same” for babies with and without Down syndrome.

Tests to Detect Down Syndrome

Higher Chance of Down Syndrome

Years ago it was decided that 1/200 was the definition of higher chance of Down syndrome. Women age 35 yrs old at their due date have about a 1/200 chance of having a baby with Down syndrome. The neck ultrasound and triple/quad screen test results read: “one in some number.”  If the “some number” is greater than 200 the test is considered Normal. If the number is less than 200, we have identified increased chance.

Why do Down Syndrome Testing

Why Not to do Down Syndrome Testing

There is no simple response to this question. Consider this: medical tests are designed to help decide between two different paths, decisions, or interventions. The only “intervention” for Down syndrome is pregnancy termination. And the only certainty of diagnosis available, today, is an amnio or CVS test. If a woman/couple will not consider CVS, amnio or termination, there may be no reason to do this testing.

Ultrasounds in pregnancy are done for a variety of reasons, even though your favorite is getting a quick glimpse of the life growing inside of you. They are done at in a series of stages and are used to do everything from confirm the pregnancy, check for abnormalities, and can even tell you your baby’s gender…[read more]

Once you become pregnant there will be a series of tests conducted throughout the course of your pregnancy to insure that everything is progressing appropriately. Here is a brief overview of what you can expect…[read more]